Jack in the Land of Giants 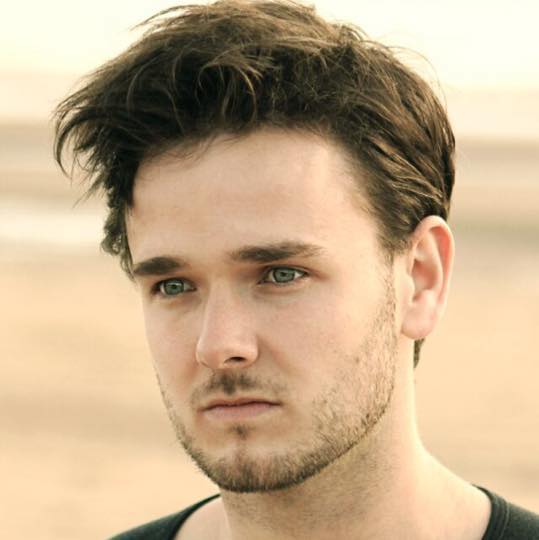 This is Jack’s  third year with Polka Dot and is honoured to be performing at the Lowther Pavilion once again in this years Pantomime Jack and the Beanstalk!

Jack is a graduate of the Blackpool and Fylde College: School of Creative Arts and most recently appeared as Tom Stone in the brand new Musical Production, Stop the Train, which after a successful tour appeared at this year’s Edinburgh Fringe festival.

Jack is a huge fan of the Lowther Pavilion and the beautiful surrounding area and being a Blackpool lad, he is looking forward to returning to one of his favourite local venues; especially with such talented and down to earth performers who, along with a fun and receptive audience, make every performance a pleasure.

He hopes you to will all have a wonderful time in the land of the Giants!

Rebecca is thrilled to be joining the Polka Dot Family once again for her 5th year as Choreographer and the new role of Fairy Sunshine .

Rebecca started dancing at the age of 7, at 18 she won a full scholarship to the accredited Brian Rogers College in Essex. She then hit London & started her professional career for 2 years in West End Musical MAMMA MIA, other shows include The British Musical of Peter Pan in Malaysia.  UK tours such as Urban Flavours, 60’s Soul, The Good Old Days and backing dancer for General Levi’s National Tour and Elton John at the Royal Opera House.

TV Credits include backing dancer on ITV for Various TOTP and X Factor artists, Love on a Saturday Night with Davina McCall, alongside many exclusive corporate gigs, fashion shows and charity balls.

She has recently moved back near her hometown with her husband Chris, they have opened up their  own Dance Academy The Triple Threat in Nottinghamshire where Rebecca is thriving on giving back the joy and magic of the Arts back to the children and adults of Mansfield.

Rebecca would like to thank her husband Chris, family and friends for their continued support in everything.

Dreams do come true, follow your heart, believe in yourself and stay true.

It’s good to be back in Lytham!

Enjoy, and let’s boo those baddies!

Yes Mums and dads that means you as well – I’m watching you!!

Jonathan Blazer trained at the Arts Educational Schools in London in the mid 1980’s. As a dancer he performed in many well know shows  across the country & touring. In 1999 Jonathan worked on the film musical Love’s Labour’s Lost for 6 months as a stand-in dancer to Sir Kenneth Branagh. Between 2001 and 2014 Jonathan focused his career on writing and directing children’s shows and pantomimes. To date Jonathan has written nineteen productions including five theatre shows.

In March 2015 Jonathan returned to performing and is delighted to be working with Polka Dot Pantomimes this Christmas and to be playing the part of a King once again!

Laura  Wenton graduated from The Liverpool Theatre School and is a talented actress, singer and dancer. She has also had great success as a model and beauty queen and was recently crowned Miss English Rose.

She has acted in many fine projects  and her singing career has taken her all over the country.

Laura follows proudly in her parents showbiz footsteps and doesn’t mind one bit being typecast as princesses!!

Laura is thrilled to be asked back by Polka Dot Pantomimes after her successful run last year as Princess Jasmine in Aladdin. She is excited to play Princess Jill this year and hopes you all enjoy the show.

Daniel recently completed his final year of professional musical theatre training at Laine Theatre Arts. Prior to Laine, Daniel studied at the Guildford School of Acting. It was here that he performed alongside Kerry Ellis and Ruthie Henshall with the GSA Singers.

Theatrical credits during his training include many well loved  musicals and his TV appearances include The People’s Strictly for BBC Comic Relief. Daniel is currently filming a new pilot series Goodbye Blue Michael.

Jemma trained at Middlesex University, gaining a BA Hons degree in Performing Arts-Music and then continued her training at The Guildford School Of Acting specialising in Musical Theatre.

She has had many and varied roles, acting, principal and backing singer and even a principal percussionist in Touring and  Permanent Productions in the UK and abroad. She has also ventured into Musical and Artistic Direction

Recently Jemma has recorded in the  role of Otero (as a young girl) in new musical La Belle Otero.

William Graduated in 2015 with a first class honours in World Performance from East 15, He has performed in the UK and across the world and has also studied Chinese Opera as a guest of the Shanghai Theatre Academy.

Originally from the Isle of Wight, William is an actor/performer/writer/director and storyteller and has experience in a variety of performance styles and various musical instrumentation.

Damon started dancing at the age of 8 at Talent Theatre School in Burnley. From there he went on to train at Phil Winston’s TheatreWorks in Blackpool where he is currently in his 3rd year. Damon is thrilled to be here in Lytham St Annes during the Christmas period performing Jack and the Beanstalk with such an amazing cast.

See ALL the dates, times and special performances (signed & relaxed) on the Event Calendar HERE