I had the immense pleasure of going to the second performance of Aladdin at the wonderful Lowther Theatre in Lytham. Slight delay in starting time awaiting for Clayton Le Woods Primary School arriving, Treales Primary were already there and in full voice, egged on by Santa.

…With great graphics and projections evoking a feeling of the Far East.

First on was Abanazar (played by Chris Grayson) who had the right balance of menace with some good comedic moments thrown in, he was joined by the Slave of the Ring, (played by Rebecca Taylor-Grayson) who with her TOWIE accent swirled on and off the stage at crucial moments in the story.

We were then introduced to Wishy Washy played brilliantly by Richard Marquiss who was everyone’s annoying brother who had more enthusiasm than voice but of course the children absolutely LOVED him!

SOME OF THE CAST 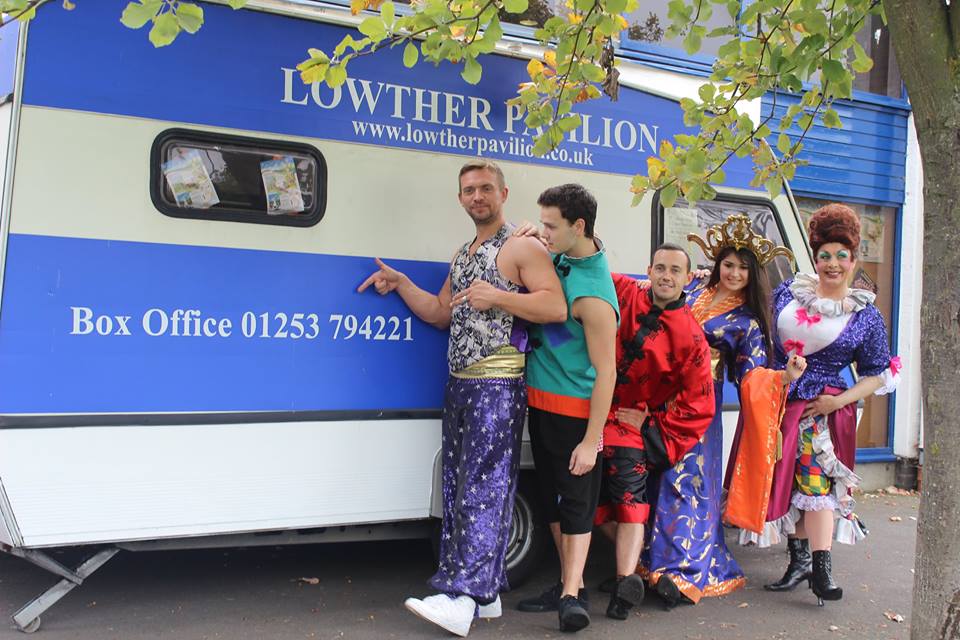 Widow Twanky (Chris D’Bray) soon got in on the scene giving her wayward son his orders an lots of pieces to the audience, although some of the humour may not have been relevant to the average age of the audience, but some of the adults tittered! Have to say Chris has the smallest feet and shapeliest legs of any Panto “Dame” I have ever seen. Hade to convince my mom it was a man.

Aladdin (Jack Bradley) was a love struck “boy” yearning for the Princess Jasmine (Olivia Stuart) both actors played their part and sung well.

My FAVORITE character was the Emperor (James Austin Harvey) , with his stereo typical Oriental accent (dropping the “L” ) was hilarious, think Mr Chow from the Hangover Movies, without the swearing!! 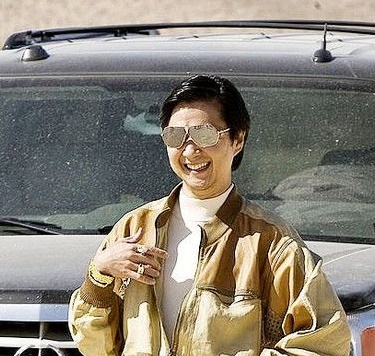 A long running joke by the cast of the pronunciation of the name of Abanazar was also really funny.

AND SO WENT THE TALE…

…Of love and deception with some great singing and dancing to chart and recent chart tunes and all backed up with the local dancers who throughout the show were amazing, with so many routines to remember.

Then they arrived at the caves and the Genie was summoned (in a puff of smoke obviously!) Scott Wright was resplendent in his shiny waistcoat, showing of his pretty damn good physique, and although perhaps not the most fleet of foot, he can REALLY sing! The whole part delivered with a “Street” (YO brother) style which I suppose resonates with children these days? 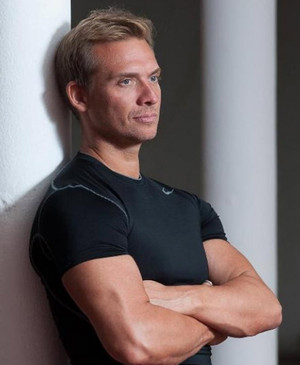 ALADDIN GETS THE GIRL

The part with Aladdin and Jasmine on the Magic Carpet was for a small production very realistic, my only minor disappointment was that they did not sing a “Whole New World” but it was something to do with copyright. But it WAS beautiful anyway.

NOT WISHING TO SPOIL THE STORY

The lamp was lost and found, Aladdin was a latter day super hero, and they all lived happily ever after. But not without some very enthusiastic audience participation, a tongue twisting song, a competition between the two halves of the theatre, and maybe a little bit of water spray.

On our way out, I asked some of the school kids what their best bits were:

“The strawberry up the bum” joke….I won’t give you the punch line
“The Slave of the Ring was beautiful”
“The chase with water guns”
“I liked all the dancers”
“Wishy Washy and his dog”

It was just what you want from a Pantomime, and in the electronic age, CGI, short attention spans. etc, etc, etc the kids had a truly marvelous time. And that is ALL that matters. It’s a great tradition at Xmas, we should not let it fizzle out!!

Bringing Classic British pantomimes that entertain audiences throughout the UK. Check if there is one near you HERE

Great local theatre, every visit there leaves you feeling good, its run by a great team and group of volunteers that make your visit special.