OK, this blog is not about Lytham & St Annes, but is by an old friend Jade, who like me has found a penchant for blogging!

Just a bit of background, Jade was a complete glamour girl, who walked around the office in 6 inch heels, full (and I mean full!) make up and office wear off the pages of Marie Claire magazine!!

The fact she is now a fresh faced mummy of two, running around in flats, just PROVES how children CHANGE your life.

SO here is her first blog!

With plenty of mum blogs to choose from, it seems difficult to compete when you’re still wondering where to begin. 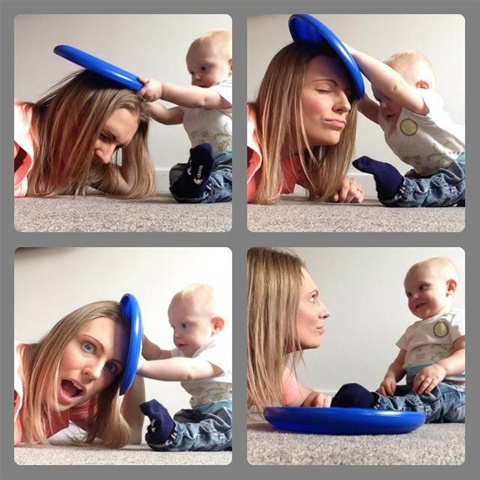 However, it occurred to me that this would be a good way to get the events of the day and my feelings out in to the open, whilst hopefully providing some reassurance to other frazzled mums. It might help stop my husband from thinking of me as some screaming banshee that pounces on him as soon as he gets in through the door from work. As I hear the car pull up in the drive and the key turn in the lock, I wait for the door to open, ready to give him a running commentary on my day, all my words frantically jumbling in to one as I try and get every last detail out, until I sound like the Tasmanian devil.

It might stop me from driving to a local hospital late at night and sitting in the gardens in my car wearing my pyjamas, strangely more at peace watching the group of teenagers pass an e-cig around, than the thought of going home. 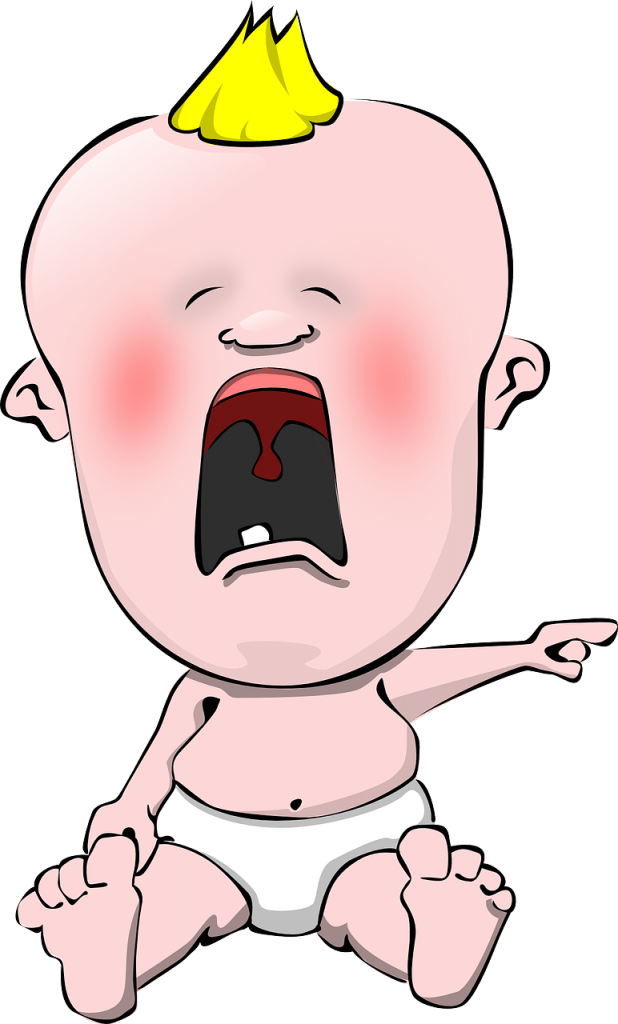 And so today began like most days, the piercing yell on the baby monitor that someone’s turned up to around 1000 decibels that jolts me from what feels like around 5 minutes sleep. The hubby barely notices anything and continues to make the pig-like noise that he emits every night when I’m trying to sleep, which makes my blood boil so much I feel like suffocating him with his pillow, if I could only get the damn sweat drenched thing off him. 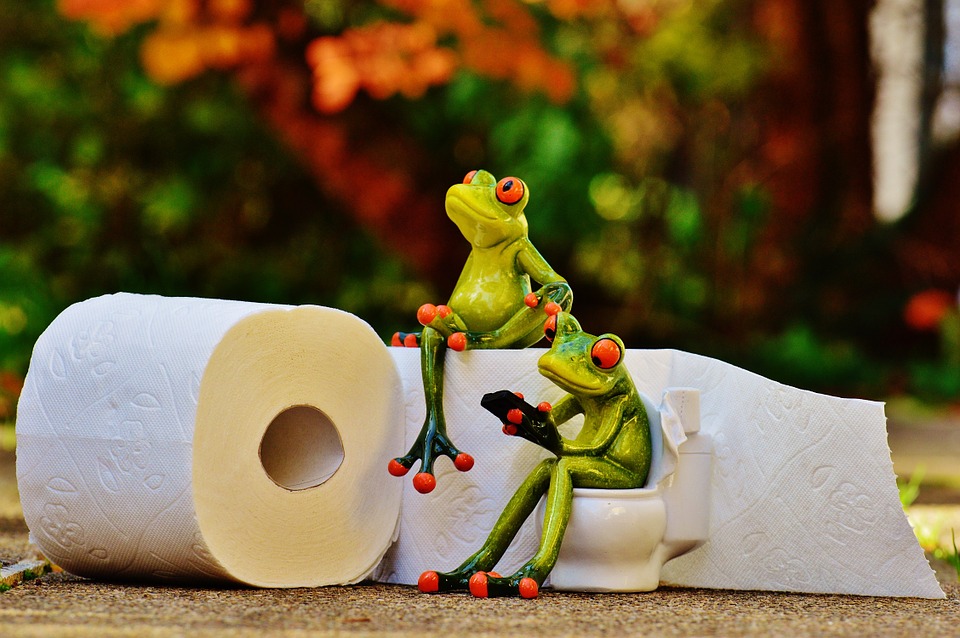 Next, the trip for a morning wee to the downstairs loo, where it looks like the better half has been playing a messed up version of pin the tail on the donkey – ‘blindfold him, spin him around a bit then try and have a wee in to the bowl and hope for the best.’ When I do get to sit down, it’s with an audience of two small people, one desperately trying to eat the toilet roll and grab hold of the knickers round my ankles, the other asking me useful questions such as ‘why is Max a baby’ and ‘why is a tongue pink’.

Today it’s been miserable so we’ve stayed in and I have to admit I feel a bit neglectful letting Harvey watch tv most of the day and Max do his own thing while I do jobs and effectively mess about on my laptop constructing this huge moan, but it means we’ve avoided my face burning, a bright tomato red with embarrassment at some of Harvey’s corkers, for one day at least. 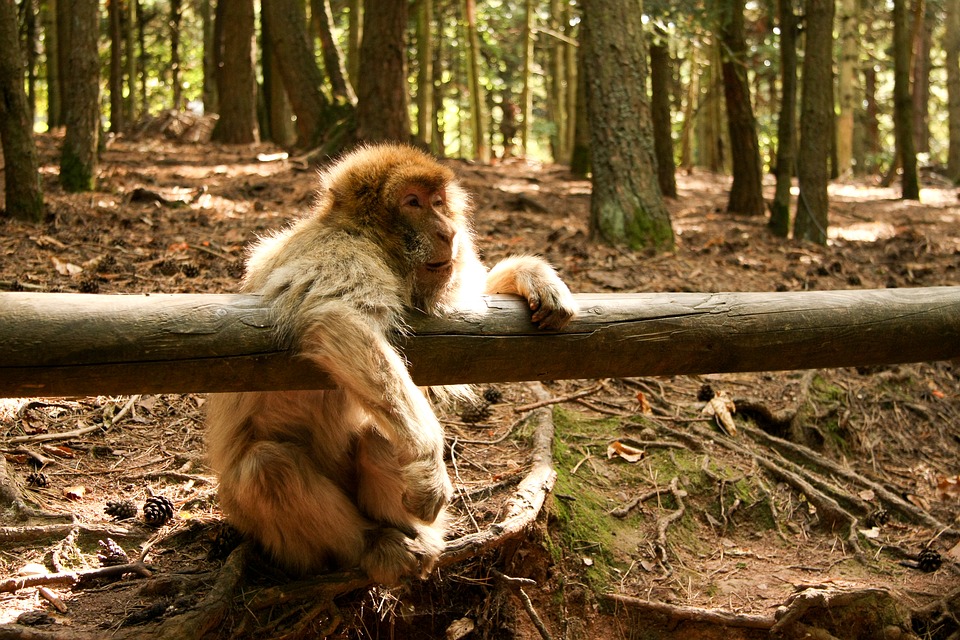 The most recent of which have included our trip to the Monkey Forest where he felt the need to announce to a group of people that the monkey’s willy looked just like his. Then there was our relaxing walk in the park where Harvey saw an elderly gentleman with a long white beard and long white hair and had to shout to everyone that he’d seen santa. We had a walk in to town where we ended up walking behind a larger lady and and no sooner had I seen Harvey looking at her plump bottom and the thought entered my head he may say something, he’d already started to shout ‘look at that big bottom, big bottom, big bottom’. There was no reaction but she must have had to have been totally deaf not to have heard as she was precisely 2 inches away and Harvey was doing his best town crier impression. Perhaps my face was reddest waiting in the hospital with Harvey with an elderly gentleman sat across from us, who I have to say did have a slightly grumpy looking disposition, with a downturned mouth. Harvey literally points in his face, again shouting ‘look at that mouth mummy, just look at that mouth’ whilst laughing hysterically like the baddie out of a film. Or maybe it could have been the man walking with the stick in the park, who Harvey first noticed when he was out of earshot and had plenty of time to ask me a question before he came anywhere near, but had to wait until the exact moment he came past us, when Harvey loudly exclaimed ‘why is he going sooooooo slowly?’

Maybe it was the one when we were casually walking round the shops and he decided to ask rather loudly (I’m starting to doubt whether he has any other volume setting) whether I had just trumped? Yep, that’s the one. That’s definitely the one that probably turned my face the colour of a raving alcoholic.

I just can’t wait until he’s old enough for me to start embarassing him. I might take a photo next time he decides he must play with the sanitary towels in Aldi while we’re trying to do the shopping, they’d make brilliant pictures at his 18th birthday party. Or I might record him having a grump because I changed Max before he got in the room and he didn’t get to see the contents of the pooey nappy with full pieces of sweetcorn peeping out of the huge turd.

All in all, these have been pretty good days in all honesty. We have though, had some real stinkers, of which I’m sure you’ll hear about before long. Just getting a feel for this to start with, but would be great to see what you think and hopefully I’ll have the energy to carry on with this for a while…